Top 5 Best General, Health and Motor Insurance Company – 2018. Life is full of unexpected events and risks. That is what it makes so interesting and exciting. But at times these unexpected events are irreversible and can really set you back. General Insurance or non-life insurance is the sector, which caters to the insurance needs connected to such events other than the risk on your life itself. General Insurance includes, vehicle insurance, health insurance and much more..

As you will be purchasing policies to tide over such difficult situations, in your day to day life, it is good to understand which insurance companies performed well in each insurance sector. That will help you to take informed decisions. IRDA ‘s Annual report 2016-17 provides a good insight to the performance of general insurance companies in India.

General Insurance in India – an overview 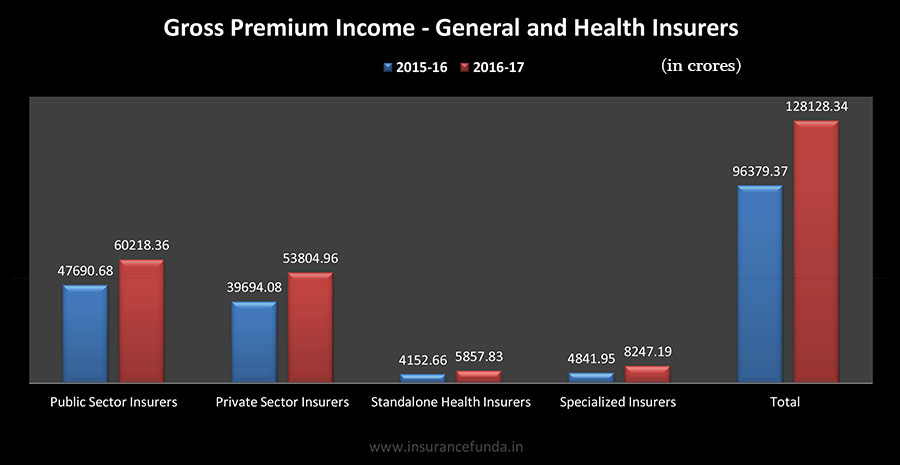 The General Insurance market in India is highly dominated by the four public sector insures- National, New India, Oriental and United. The chart given below will give you a clear idea on the split up of the ‘gross direct premium income’ of all the General and Health insurers in India. 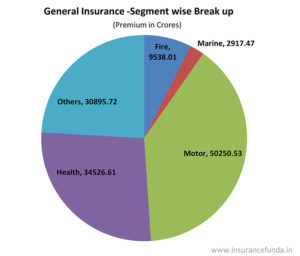 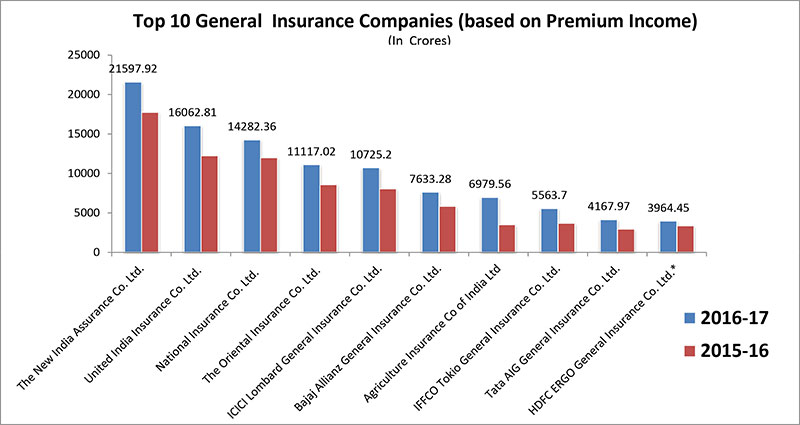 New India Assurance company tops the chart with 7600.67 crores of premium for the financial year 2016-17. ICICI Lombard is the largest private sector motor insurer which is in the fourth position, pushing Oriental Insurance company (Public Sector) to the fifth position. 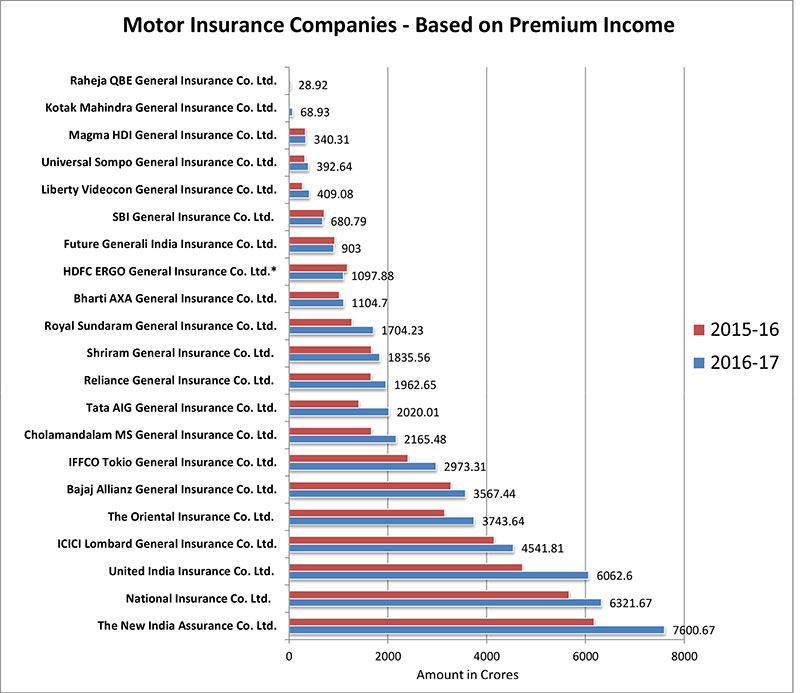 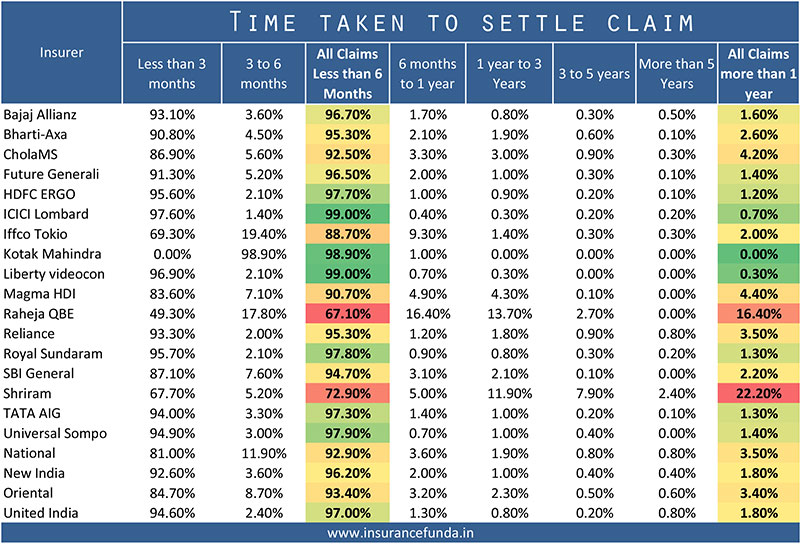 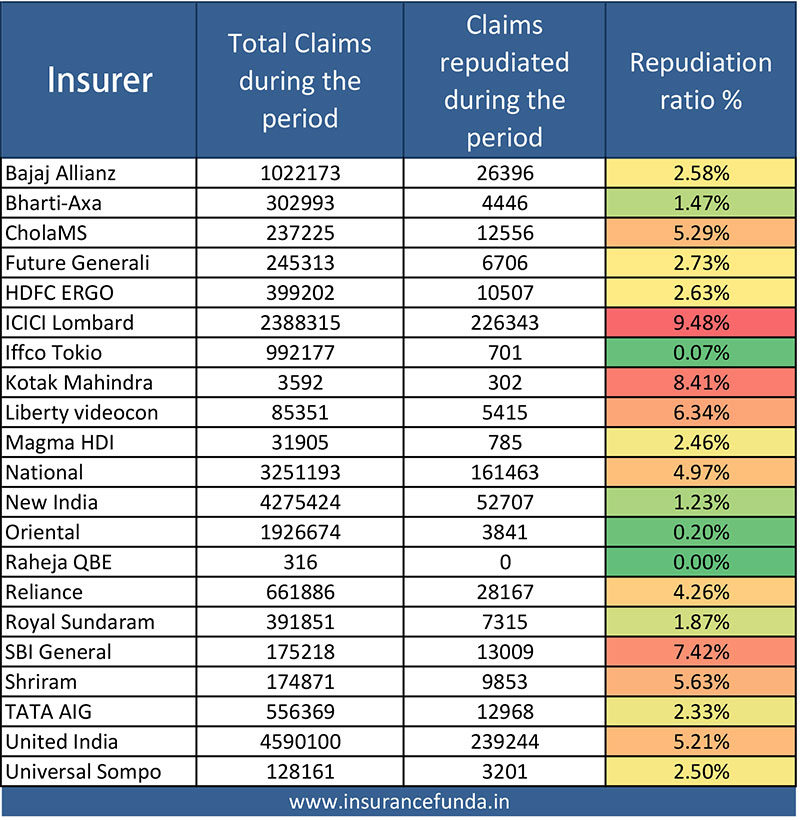 Ranking based on the claim repudiation ratio is given below. Facts like ‘ICICI Lombard’ which settles 99 % of the settled claims within a period of 6 months rejects about 9.48 % of the total claims will be hard to digest. 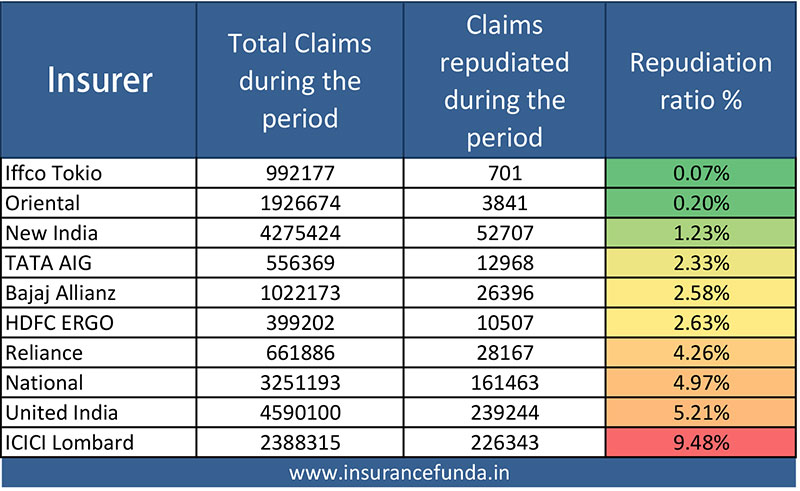 These charts are self explanatory and will help you to take informed decisions while taking your new policies. As sufficient data is provided to rank your insurer, I am not giving any ranking list for insurers.

Along with the selection of insurer, you should analyse the features of the policies also. Always make sure that the clauses and fine prints will not affect the expected  benefits from the policy.